Share a memory
Obituary & Services
Tribute Wall
Read more about the life story of Barbara and share your memory.

Barbara Brizendine 74 of Phelps, Ky., transitioned to her heavenly home on November 10th, 2022, surrounded by her family.  She was born October 3rd, 1948, to the late John Riley Fetcher Jr. and Rebecca Jean Wolford Fletcher.  In addition to her parents, she was also preceded in death by brothers, Jerry Fletcher, Ronnie D. Fletcher, Gary L. Fletcher, Jimmy Douglas, and Jimmy Dean Fletcher twin brothers passing away at birth.

Barbara was employed for 27 years at Apex Energy.  She made lifelong friends there with the truck drivers.  She worked multiple jobs throughout her life to raise her daughter.  Barbara retired in 2015 when she was diagnosed with breast cancer.  Barbara was of the Pentecostal faith.  In the community she was known as “Nanny Barb” to many.  She loved spending time with her family and friends.  Her favorite hobbies included reading and cooking.  Barbara’s testimony she liked to share was in 2016 the doctors gave me 6 months, but God gave me seven more years with my babies.  “I’m one blessed woman”.

Arrangements are under the direction of Jones & West Funeral Home of Phelps, Ky.  The guestbook may be viewed at www.joneswestfh.com

To send flowers to the family or plant a tree in memory of Barbara Brizendine, please visit our floral store. 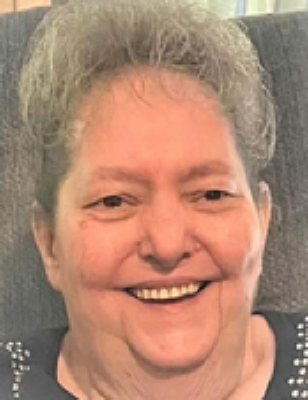 You can still show your support by sending flowers directly to the family, or by planting a memorial tree in the memory of Barbara Brizendine