Share a memory
Obituary & Services
Tribute Wall
Read more about the life story of Rhoda and share your memory.

With sadness, love, and profound gratitude, the family of Rayann Thacker,  33 of Freeburn,KY sadly announces her death and passing on January 6, 2023, unexpectedly. Born onto this Earth, April 23, 1989.  She is survived by her three beautiful children, Rylie and Madison New, and Raylan Thacker who was just recently born and the late Makena Wheeler, who wasn’t but a day old when she passed. Her kids were her whole world. Her mother Bridgett (Ashley) Blankenship of Matewan, WV. Her father Johnny Thacker (Cheryl) of Hamilton, OH. Which it needs to be mentioned and he deserves a thank you as well as  acknowledged from Rayanns mother and others  the appreciation for her father’s contribution to the expenses of his daughters’ arrangements as well as others who donated money throughout the community. Her  grandmother Deane New of Matewan, WV. Her children’s father, Nick New. Along with a very special friend who was her best friend since childhood, Tiffany(Donnie) Hurley of Stopover, KY. Also two special friends , one who recently came into her life but is and has  helped in any way she could and is very much appreciated, Trish (Buddy) Jablensky of Williamson, WV and one other Special friend who was more like family,  whom watched her grow up and helped her mother many of times with her in her younger years of life, growing up with her children throughout the years,  Bernice Duty of Freeburn,Ky. Along with other family members and close friends. She was a beloved mother, daughter, granddaughter, aunt, and friend. With the family’s decision and under certain circumstances chosen by close family, they only had a small arrangement for immediate close family to say their last goodbyes. Rayann was loved by so many and was always willing to help or lend a helping hand. She had a smile that could light up a room and a personality you wouldn’t forget. If she could help you in any way, she would have.  Her children if you knew Rayann was her pride and joy. She also has volunteered in the past helping those in need throughout the community she called home. She was such a sweet,  beautiful soul gone way too soon. Yet, we all know God only takes the absolute  best, but sadly it doesn’t make things any easier or the loss anymore devastating. Her life was a blessing, and any memory one shared with her was a treasure.  As many know it’s hard to turn the page when you know someone you love so much won’t be in the next chapter of your life, but sadly life’s unfair and the story of our lives  must go on. Rayann wouldn’t want those she loved to cry or grieve in sadness  but if anything for those who are grieving  to  celebrate her life she lived and to make sure her memory is never forgotten, she was the type of person that would want you to only smile when you think of her and cherish the memories one made with her.  Even though she may not have expected to leave those she loved so soon, her family gained a strong, precious guardian angel and for that nothing on this Earth should ever break them.  Words right now may not feel or seem comforting but after this week,   it will finally set in and the concept that death claimed another amazing soul so soon and  so  young. As it leaves a feeling of emptiness, a feeling not a person could ever heal but only as time goes by learn to cope with and find ways to keep moving forward.  Rayann’s memory and the life she lived will carry out through her children daily. Her oldest child, Maddie wanted to do some sort of tribute for her mother’s memorial. However,  with the way arrangements were made, she couldn’t do so. But she deserves special acknowledgement as well for not only helping with the decision of what her mother wore her final hours but also for being so strong and such a strong, amazing, sweet big sister to her brother Rylie who I’m sure looks up to her. So, Maddie, darling’ as I’m sure Rayann, your momma would be so proud of you and I’m sure she sees all your doing and is happy to have raised up such a fine young little lady. Rylie which everyone knows was his momma’s little man , and her main protector which she loved also so much. And  even to her child which she just birthed, her eyes lit up when she spoke of her and loved to show pictures to people of how beautiful and proud of her, she was  And I’m sure she will watch over and guide y’all  throughout their lives each day throughout time, Grief is a part of life not anyone wants to bare especially being  so young and so sudden. But in time , we learn to cope through healing, and when days get too hard to deal, we must give it God. So as goodbyes are said and sweet Rayann is laid to rest, just remember her life has a life lived fully , a strong woman that left a mark on many hearts, a young lady many will remember forever and a precious soul that will be missed dearly. Once again , thank you to all those who sent money, kind messages, or just had a nice thing to say about Rayann . It’s greatly appreciated and hope the Lord blesses you all. And thanks to Jones funeral home for help putting such a sweet girl to rest.

To send flowers to the family or plant a tree in memory of Rhoda Rayann Thacker, please visit our floral store. 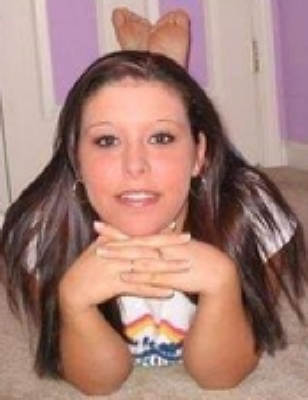 You can still show your support by sending flowers directly to the family, or by planting a memorial tree in the memory of Rhoda Rayann Thacker