Share a memory
Obituary & Services
Tribute Wall
Read more about the life story of Verlis and share your memory.

Verlis “Tag” Dotson, age 65 of Freeburn, Ky. Departed this life on December 29, 2022,  at the Pikeville Medical Center in Pikeville, Ky.

He was a son of the late Verlis Edward Dotson and Faye Ann Walters Dotson. He was also preceded in death by stepdaughter Christina Prater, Brother Verlin Dotson, sister Sheila Smith and great grandson Aiden Willis.

Verlis was a member of Freeburn Free Pentecostal Church of God. He loved and enjoyed his grandbabies . He enjoyed spending time with his friends and family. He liked caring for his animals and spending his spare time fishing and working around the house.

His family will begin receiving friends at the Freeburn Free Pentecostal Church of God at 6:00 PM on Sunday January 1, 2023. There will be services Sunday and Monday night at 7P.M. with Funeral services on Tuesday January 3, 2023, at 1:00 PM. Interment will be at Dotson Family Cemetery at Freeburn, Ky. Family and friends will serve as pallbearers. Kenny Chapman, Archie Dotson, and Earnel Dotson officiating the services.

Arrangements are under the direction of Jones & West Funeral Home of Phelps, KY..Our guestbook may be viewed at joneswestfh.com

To send flowers to the family or plant a tree in memory of Verlis Tag Dotson, please visit our floral store. 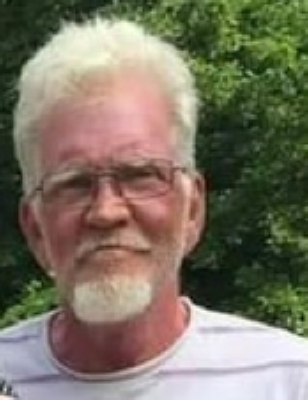 You can still show your support by sending flowers directly to the family, or by planting a memorial tree in the memory of Verlis Tag Dotson
SHARE OBITUARY
© 2023 Jones & West Funeral Home. All Rights Reserved. Funeral Home website by CFS & TA | Terms of Use | Privacy Policy | Accessibility